IS JOHANN CREMONA THE THIRD WHISTLEBLOWER IN THE MALTA MONEY LAUNDERING INVESTIGATION ? 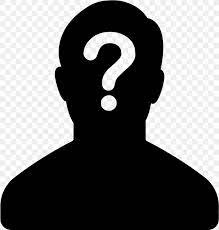 Today's news from Malta, concerning the arrest of former Police Superintendent Raymond Aquilina, in connection with leaks of sensitive information in the Daphne Caruana Galizia murder assassination, reminds us that Yorgan Fenech's business associate and betting business fixer, JOHANN CREMONA, who has been indirectly implicated in the murder, may be the unknown whistleblower rumoured to be cooperating with both American and Italian law enforcement agencies. He does have direct access to inside information regarding Fenech's business empire.

Cremona, who reportedly manages Fenech's Bestplay Gaming Ltd., appears to have never been photographed by Malta's media; his LinkedIn webpage does not feature a portrait. He has not been charged with a crime, notwithstanding testimony concerning his alleged role in securing funding for the assassination. He has knowledge of the consortium of middlemen who financed DCGs assassination.

With connections to various Sicilian Mafia families in Catania, he was allegedly involved in football match fixing in Italy and Malta, together with Yorgen Fenech. Fenech was reportedly wanted by the Sicilian Carabinieri for questioning, but Maltese Police never arrested him. Our efforts obtain a photograph have been fruitless; any reader who possesses one is urged to email it to us at miamicompliance@gmail.com ; the public should know who we are referring to.

One source believes that Cremona is also a Confidential Informant for Italian law enforcement, but we are unable to confirm this.