BRIGHT WEEK DEBACLE: THE MOST DANGEROUS MAN IN MALTA IS RELEASED ON BOND 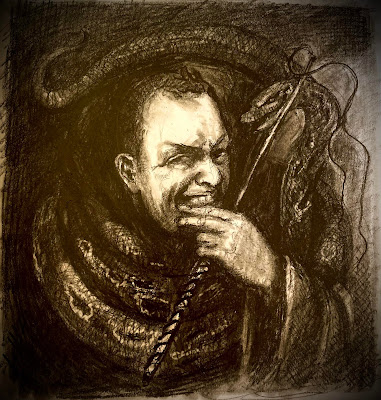 Snakes at Sunset by COSIMO

Keith Schembri, the former Chief of Staff to Malta's disgraced ex-Prime Minister, has been released on bond, although he faces multiple serious financial crime charges, including money laundering. Many legal observers regard Schembri as the most dangerous man in Malta, due to his intimate relationship with the Maltese Mafia, his involvement in the Daphne assassination, and his decade of corrupt activity conducted on behalf of Joseph Muscat, for whom he committed unknown number of financial crimes, and  who specifically authorized crimes of violence.

Given that Schembri is a verified Danger to the Community, and a Flight Risk, due to his personal wealth and cousin the notorious Ryan Schembri , with whom he could join up with in Dubai, his release, based upon any combination of collateral and other factors, was improper, a violation of the Rule of Law, and deserves an inquiry as to whether there was any corruption involved in the ruling.

The response of the legal community, both within Malta as well as abroad, has been vocal. We want to know whether Joseph Muscat or Malta's current PM Robert Abela played any part in his release on bond. If he flees the jurisdiction for Sicily or parts unknown, which will not be difficult given his background and  criminal associates, Malta will have but one more legal black eye to show the European Union, and the Holy Doors will remain closed.