ANTIGUA: IT WILL TAKE SEVEN YEARS TO STRIP INDIA'S MOST WANTED CRIMINAL OF THE CBI CITIZENSHIP WE SOLD HIM 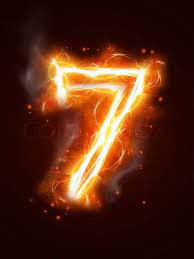 The fugitive Indian diamond merchant, MEHUL CHOKSI, who is his country's Most Wanted, and who has taken refuge in Antigua, using his prized Antiguan CBI passport to defeat extradition, will be able to delay justice for many years, according to a government expert. Antigua's archaic legal system, which allows multiple, duplicitous appeals, and a final appeal to a UK court, will allow Choksi to remain free until at least 2127. How is this Due Process, by any definition of the term ?

For those who find the extraordinary delays unbelievable, the 7-year timeline was confirmed this week by Lionel Hurst, the Chief of Staff to Antigua's Prime Minister, Gaston Browne. He bluntly explained that Choksi has already availed himself of the initial appellate rights which he is entitled to. Antigua cancelled his Antigua CBI citizenship & passport in 2020.

In plain English, this means if you are doing business with an individual who holds an Antigua CBI passport, and you are a victim of his crimes, your country's government will not be able to extradite him for a very, very long time. Should Antigua abolish its CBI-CIP Citizenship by Investment passport sales scheme ? Why don't you ask the European Union, which has ordered its members to close down their CBI programmes, or suffer the consequences.