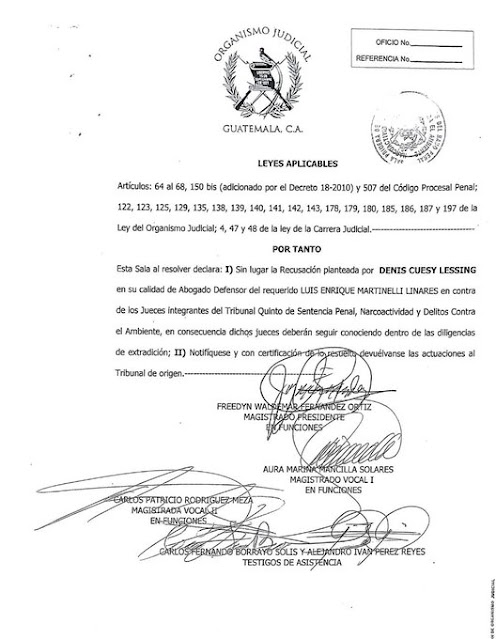 Reports from Guatemala confirm that the appeal of LUIS MARTINELLI LIINARES from a lower court ruling ordering the extradition of both Martinelli brothers( RICARDO ALBERTO MARTINELLI LINARES)  to the United States has been denied , paving the way for the eventual transfer of the brothers to the custody of American law enforcement officials, for a flight to the US.

The brothers face an indictment in the Eastern District of New York , on money laundering chages. They allegedly assisted their father, Ricardo Martinelli, Panama's former president, receive and launder millions of dollars in bribes from the construction multinational, Odebrecht. Odebrecht has already pled guilty to criminal charges in the United States.

The Martinelli brothers have no more appeals as a matter of right. Their counsel may attempt some sort of dilatory action, but their extradition will eventually occur, barring any unforeseen events.