UNDER ATTACK FOR CORRUPTION AND MONEY LAUNDERING, MALTA'S LEADERS TRY TO MANAGE NEWS QUERIES IN ENGLISH 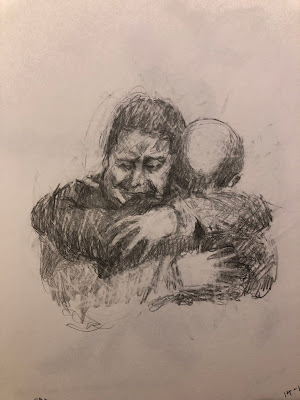 If you are a foreign journalist seeking background information on developments in Malta, for an article, and you utilize the principal search engines of the Internet, which are designed to make inquiries in English, you will find all the negative information you need to know about Maltese corruption, money laundering and financial crime on the country's English-language news websites.You will also find that these websites are generally critical of the current government, on account of the offenses being reported.

At present, there are no English-language news websites in Malta that slant the news in favour of the ruling Labour Party; this is about to change, however, with the announcement of the imminent opening of The Journal.mt, a news portal which will tell the stories from the perspective of Labour.  The obvious aim is to counter the truth with what amounts to a propaganda mill.It is not known whether the Journal's staff will pollute the Internet with multiple "news" pages, profiles, and other web trash, all designed to push the search engine results back several pages, to block the stories that tell the truth about Malta, keeping them hidden from view, and pushing Pro-Labour's agenda, which will avoid any of the important issues plaguing Malta at present.

We call this News Management. It appears in Malta on Labour-sponsored media, but that is in the Maltese language, which foreign journalists, even those who read Italian, will be unable to decipher. No loss, because those sites are not to be trusted.

Who is behind this new venture ? Nobody is telling, but my money is on Malta's EU-designated Corrupter-in-Chief, Joseph Muscat, who has prior media experience with Maltastar, and who is controlling the Party from outside, but probably wants some sort of official role, which being editor or managing director satisfies. It is not known who is financing the operation, but it is feared that foreign interests, with a hidden agenda, may be at work in the shadows.

This "alternative" news source may appear to be an effort to influence voters in the next election, but candidly, Malta's English speakers are far too intelligent to believe Labour's propaganda.

One final note; we hope that bank compliance officers NOT take any of the material they see on that site as true and correct. Get the facts solely from Malta's news websites and independent blogs, when conducting due diligence investigations.