IS YOUR NEW AFFLUENT BANK CLIENT FROM TURKEY IN TRUTH AND IN FACT AN IRANIAN AGENT INVOLVED IN SANCTIONS EVASION WITH A CBI PASSPORT ISSUED BY TURKEY ? 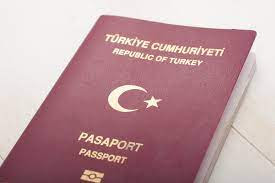 You've heard the story before; your staff onboards a wealthy businessman, in this example, he is from Turkey, he says he is making new investments abroad, and he has chosen your bank for his accounts, which will consistently carry a seven-figure balance. The banker who landed him as a client is already counting his end of year bonus.

It is only a year later, after your good client has moved large amounts of US Dollars to offshore financial centres, and then mysteriously disappeared, that you get an unannounced visit from your least favorite law enforcement agent, armed with a subpoena, and the Story from Hell. Apparently, your great new client was actually an Iranian government agent, engaged in repatriating illegal oil profits back to Tehran.

He presented you with a valid Turkish passport, but if someone in Compliance had done their job, they would have informed you that it was probably a Citizenship by Investment (CBI) passport, purchased through Turkey's expanding programme. It had been recently issued, and buried in the text was the fact that his Place of Birth was Yazd, which happens to be in Iran. It's also important that all conversations with your client were in English. Unfortunately, nobody ever conversed with the client in Turkish. If they had, perhaps things must have been differentm because he didn't speak a word of it. Get ready for an obscenely high regulatory civil fine, adverse publicity, and possibly something much worse. Somebody was asleep at the switch.

According to reliable industry sources,  Turkey's CBI programme has sold over 20,000 citizenships/ passports to foreign nationals, and an estimated 800 applications are being received each month. Iranian nationals who reside in Iran are NOT prohibited from acquiring Tiurkish CBI passports. It is not known precisely how many Iranian nationals  are currently holding passports from Turkey, but it doesn't take much imagination to realize that the number has to be substantial, because a Turkish passport allows the holder entry in both the UK and US Business investor visa programmes. Connect the dots, please.

If you are a compliance officer charged with Country Risk assessments, raise your rating on Turkey, and advise your staff to thereafter subject all new Turkish clients to Enhanced Due Diligence. Govern yourselves accordingly, please.