DEAR MALTA; THROW THE BOOK AT THE POLICE COMMISSIONER FOR TIPPING OFF A MONEY LAUNDEING SUSPECT 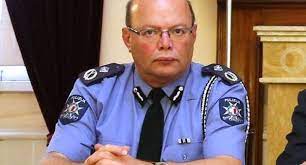 Evidence that surfaced this week, to the effect that former Police Commissioner Lawrence Cutajar, in addition to tipping off an individual that he was a suspect in Daphne's murder,  also illegally conveyed law enforcement sensitive information, that the target was also the subject of a money laundering investigation. Cutajar thus betrayed his badge and his oath as a law officer.

Anyone who discloses confidential information to targets, to alert them about a pending criminal investigation deserves to serve a very long term in the same exact prison where the same inmates who he originally arrested are serving their sentences. He should not receive any special consideration, due to his former law enforcement status. His hidden liquid assets, which he obviously accumulated through bribes and theft, should be disgorged and seized. Any pension rights, whether vested or not, should be forfeited, and any investment property he owns should be sold by the state to pay the costs of his trial.

Remember, this is the person who allowed organized crime to run rampant throughout Malta, and obeyed  the orders handed down from Joseph Muscat, to close his eyes to serious money laundering activity. He deserves a long term of incarceration, to be served in the most uncomfortable surroundings available.