WHO ARE THE TWO OTHER UNNAMED INDIVIDUALS IN THE DAPHNE MURDER ?

IMPORTANT NOTE: THIS ARTICLE IS INTENDED SOLELY FOR INTERNATIONAL READERS. IF YOU ARE IN THE REPUBLIC OF MALTA, YOU ARE ADVISED TO IMMEDIATELY LEAVE THE PAGE. THIS MATERIAL IS NOT INTENDED FOR YOU. MALTESE READERS ARE ALSO NOT TO LISTEN TO THE AUDIO PORTION OF THIS WEBSITE.

READERS WHO ARE PROCEEDING TO VIEW THIS MATERIAL ARE STRONGLY ADVISED TO DISABLE OR TURN OFF THE AUDIO VOLUME, AS THE DIALOGUE CONTAINS VERY GRAPHIC PROFANITY WHICH THEY MAY FIND OFFENSIVE. 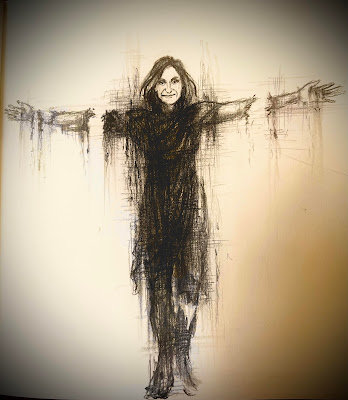 You are about to listen to a conversation between  MELVIN THEUMA and JOHANN CREMONA. Though it is in the original Maltese, there are English subtitles. Theuma, who was granted a presidential pardon for revealing all he knew as the middleman in the assassination of Daphne Caruana Galizia. He secretly recorded this and other conversations with Cremona and YORGEN FENECH.

This recording exposes the fact that there were two other middlemen involved in the funding of the murder. Melvin was arrested for suspicion of money laundering, after Malta Police were pressured by Europol. The police were interested in his recordings, which he had made as a guarantee, but he was tipped off by various forces in the police and the government.

JOSEPH MUSCAT decided on his own, and without consulting the Cabinet, as required by law, to give Theuma a presidential pardon, to require him to reveal all.

This recording was found on a device. It, together with others, was deleted, but the information was restored and extracted. It shows that there are a total of three middlemen, not only one, meaning Theuma.  We don't have the full picture yet; the mystery deepens.