WILL THE PROFESSOR TESTIFY AGAINST ALEX SAAB MORAN ? 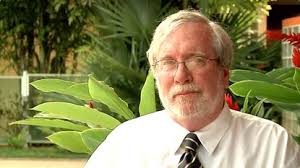 As we have reported, Bruce Bagley, formerly a prominent University of Miami professor specializing in Latin American narcotics trafficking issues, including money laundering, recently changed his plea to guilty. Given that he allegedly engaged in money laundering activities on behalf of the Colombian money launderer Alex Nain Saab Moran, will he now be called upon to testify against Saab at his trial ?

Those of us who know Bruce Bagley are totally stunned that a revered authority in his field would stoop to engaging in the specific crime that he is known to appear for as an expert witness, given the penalties and scorn which will certainly be heaped upon him in the academic world in which he lives.

The professor, who is in his seventies, is not well equipped for a ong tour in Federal Prison, and his attorneys would be well-advised to offer their client as a Cooperating Individual against Saab, to secure a shorter sentence, either at sentencing, or subsequently, in a government motion to reduce his sentence pursuant to Rule 35(b). Whether he must enter into the WitSec (witness protection) program, due to potential threats upon his life is a distinct possibility but that is preferable to a long stretch in custody.
Posted by Kenneth Rijock at Wednesday, June 17, 2020