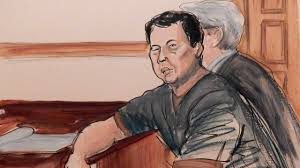 The United States has filed its Brief in Opposition in Ng Lap Seng's Petition for a Writ of Certiorari, in his Federal criminal case; Seng, having lost both at trial and on appeal, is knocking at tthe door of the Court of Last Resort. He has no appeal as a matter of right, and the High Court only accepts a very small percentage of the cases seeking to be heard. This is a FCPA and bribery case.

The Issues presented and briefed:

1. The United Nations is an "organization" within the meanuing of the Federal Funds bribery Statute.
2.  Petitioner's allegations regarding the lack of an "official act" were not borne out by the evidence, if proof of an official act is a requirement.