As we continue our investigation into the criminal activities of Pilatus Bank CEO Ali Sadr Hasheminejad, one name continues to jump out at us: former bank Director Armin Eckermann.  We are still trying to figure out how Maltese authorities, and the German Embassy, are allowing Eckermann, with his dark past at Pilatus Bank, to remain as Chairman of the German Maltese Business Council, and the MD of Finantia Bank. Will anyone in Malta's dodgy government answer that ?

Now add to Eckermann's web of intrigue and corruption his personal friendship with Satabank's principal known owner, Christo Georgiev, who seems to enjoy suing journalists who expose his sordid business in his native Bulgaria, where his influence surely trumps the Rule of Law, and which lawsuit has angered Members of the European Parliament so much that they have gone public with their objections. 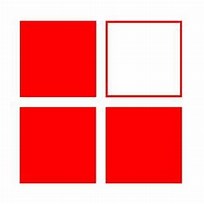 Who are the potential investigative targets here, besides Pilatus's officers & directors ? Eckermann reportedly owns a company known as INTERNET MOBILE COMMUNICATIONS MALTA LTD., which one Malta source alleges is a "blockchain money laundry." ANDREW FOX, who is listed as the Honorary Consul in Vladivostok, is shown as Chairman of the Board of the company. This company definitely deserves further investigation. CLINT BENNETTI is the listed Director. What exactly does the company do ? Take a look at the ICIJ "Paradise Papers" listings for Bennetti.

If the two shuttered money laundering banks share Maltese businessmen as officers or closely-linked PEPs, it is not a reach to conclude that the intersections of their clients and transactions deserve a hard look for cooperating activities. While we frankly do not expect Malta's law enforcement or regulatory agencies to step up on their own, perhaps it is time for the European Union's assets, such as EUROPOL, to push them into taking action. It is high time that this happens.