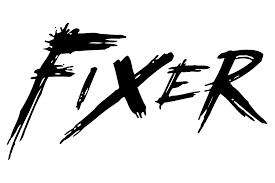 Reports regarding the money laundering case against former UM Professor Bruce Bagley has identified the intermediary whom Bagley transferred the laundered cash to. He is known to be "fixer", or individual who assisted US law enforcement secure plea deals with narcotics traffickers for a fee: JORGE LUIS HERNANDEZ VLLAZON, a Colombian national whose street name was "Boliche." A former drug trafficker and ex-paramilitary, he is not the kind of individual you want to meet at night in a dark alley.


Hernández, who is from Valledupar, and operated most recently out of Miami, reportedly was a Cooperating Individual (CI) for the DEA, and also offered his services, for a price, to attorneys seking clients who wanted to make a favorable plea agreement with the US Department of Justice, which often occur out of the view of the public, so that law enforcement may obtain critical evidence on other targets or Persons of Interest. His efforts occured mainly in a shadowy world that law enforcement prefers to remain confidential, for valid reasons.

Hernández appears to have been a client of Bagley in some sort of consulting arrangement, though Bagley, who is an expert on Latin American narcotics crime, is not an attorney. Bagley acted as the conduit through which Saab could move the proceeds of corruption to Hernández. One report says that Saab employed Hernández to secure a plea deal with a low prison sentence. Given that the money transferred by Bagley constituted criminal proceds, obtained through corruption, Bagley committed money laundering offenses. He received fees for his services. Didn't he, as a known expert witness in the field, know he was committing a crime ?

Bruce Bagley has entered a plea of guilty, and his sentencing date has been scheduled for later this year. Meanwhile, Hernández, the Fixer, has fled Miami and his current whereabouts are unknown. Individuals who engage with people who are themselves working in the grey area between law enforcement and criminals can, if not careful, be trapped in the spider web.
.
Posted by Kenneth Rijock at Sunday, June 28, 2020