IS MALTA TRYING TO RUN OUT THE CLOCK ON CRIMINAL INDICTMENTS OF PILATUS BANK OFFICERS & DIRECTORS ? 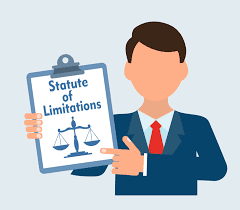 Complaints, from individuals living in Malta to the effect that the winding up of affairs of Pilatus Bank by the Competent Person appears to to be deliberately slow-walked have surfaced in local media. While the hefty fees being charged are obviously an incentive to drag out the proceedings for years, in order to maximize income, there may be a more sinister reason why we are not seeing any movement against Pilatus' former offices and directors: to run out the clock on criminal prosecutions.

As the years pass since Pilatus Bank lost its license, there is a strong possibility that the Statute of Limitations will eventually prevent ANY criminal charges being filed, especially against former or present Maltese government officials. The bank was an obvious money laundering machine for Politically Exposed Persons (PEPs), but none of its officers and directors appear to be under serious criminal investigation. In truth and in fact, Malta is imminently poised to hit a European money laundering "Grey List," due at least in part to the fact that violators do not seem to arrested for money laundering in Malta if they are well connected.

Frankly, unless those who operated, and supervised, the bank are held to account for their money laundering sins and transgressions, Malta will soon be seen as a Banana Republic sitting in the midst of the European Union, which could have serious consequences when it comes to the ability of Malta's banks in retaining correspondent banking privileges with US banks. As we have repeatedly warned, unless serious action, including the filing of criminal cases for money laundering, is taken, Malta may be destined to be regarded as the new Cayman Islands, considered an offshore financial center where the Rule of Law is seldom observed.
Posted by Kenneth Rijock at Tuesday, June 30, 2020