A Chinese national, HAO ZHANG, a/k/a Zhang Hao, was found guilty by a California jury of stealing dual-purpose trade secrets which have military applications, from two American companies, one of which employed him. The stolen technology, which involved semiconductors and optoelectronics systems for communications devices, patented by Avago, of San Jose, and Skyworks, of Woburn Massachusetts, were intended to benefit an instrumentaility of the Chinese Government, state-controlled Tianjin University (TJU), which is owned by the Peoples' Republic of China. China's mobile telephone exports have long been suspected of covertly containing software that allows China to monitor and extract information from devices shipped to Western countries.

Most interesting was the fact that the defendant formed a Cayman Islands company, NOVANA, to handle the anticipated profits of the criminal espionage operation. Compare and contrast this with our recent article detailing how a legitimate Asian company was reincorporating itself in Switzerland, due to the problems it encountered with the world's banks when they noticed that the Cayman Islands was the domicile of the company, and declined to conduct any trading. 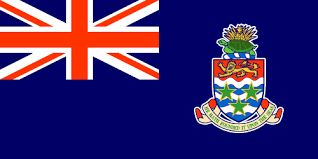 Sentencing has been set for August 31, 2020. A long prison sentence as well as a signfiicant fine is authorized by Federal law for these violations.