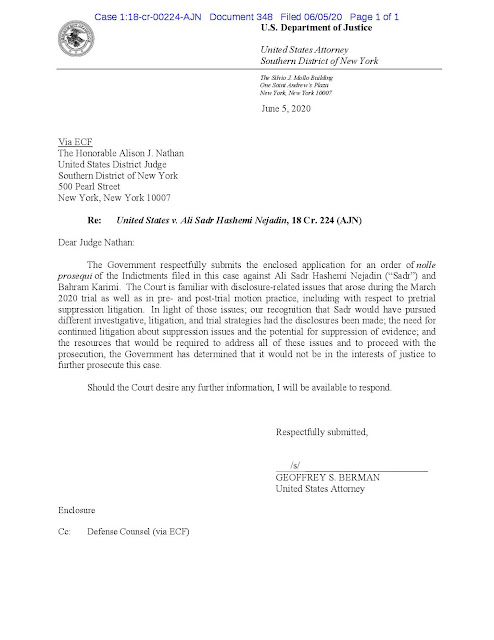 In an unusual action definitely not allowed by the Federal rules of Criminal Procedure, the US Attorney's Office in New York, after making what appear to be multiple Discovery errors, seeks to obtain judicial approval for dismissing the Ali Sadr case by Nolle Prosequi. Somebody up there has forgotten that the Federal Rules (Rule 48 Fed. R. Crim. P.) only allow the Government to dismiss a criminal case before an adjudication, in this case a jury verdict, has been rendered. Whether politics has trumped (no pun intended) adherence to the rules remains a question we need to answer. The Court should NOT sign that order for it is improper and ignores the Rule of Law. Was this ordered by the Attorney General ?

Apparently, there have been serious failures to disclose Discovery to the defense prior to the trial. Post-trial motions and filings demonstrate that certain evidence that should have been disclosed belatedly showed up after the trial, or not at all. While some of it may be considered to be privileged by the Court, it is probable that much of it will ultimately be admitted, bringing with it potential Brady issues, and apparently dealing with a new trial, or the prospect of losing the case, is too much for the US Attorney, for the nebulous "Ends of Justice" are cited as the grounds for dismissing the case. Truth seems to have taken a holiday here.

It is the inappropriate means through which the US Attorney is seeking a quiet way out of the mess that is ojectionable. Rather than seek to set aside the verdict, which will display the malpractice for the public to see, we see this sneaky effort to effect a back-door a solution. Unfortunately, justice loses, for Ali Sadr Hasheminejad, an Iranian national, was found guilty of massive sanctions evasion, and deserves to be punished for his crimes, all committed while he enjoyed legal residence in the United States. Justice is not being served here, merely office politics, and saving face. Ali Sadr should be serving a prison sentence today, and not getting away with his crimes, and those who dropped the ball, big-time, might want to consider a career change. 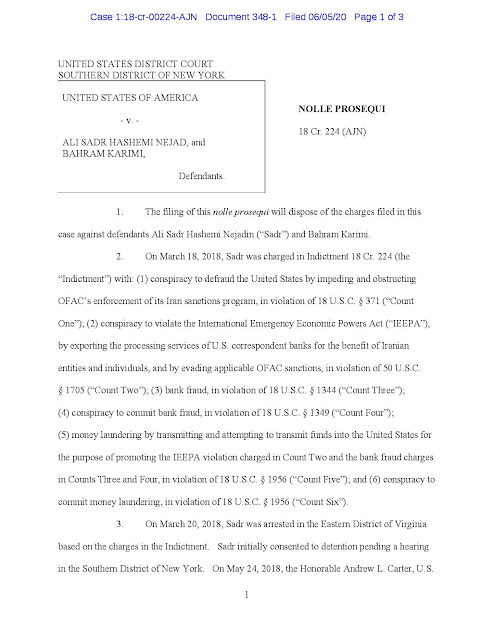 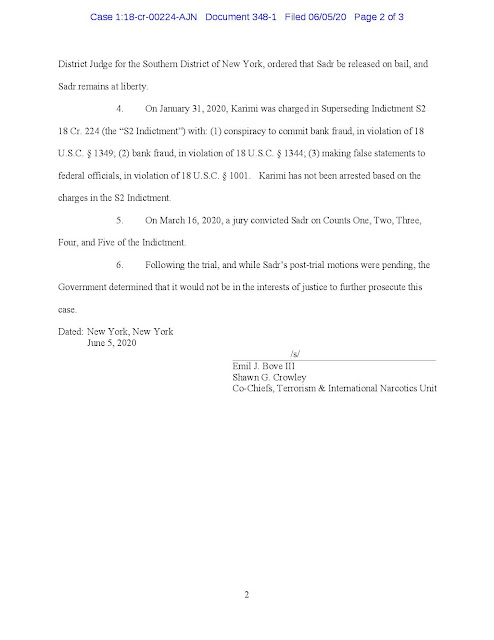 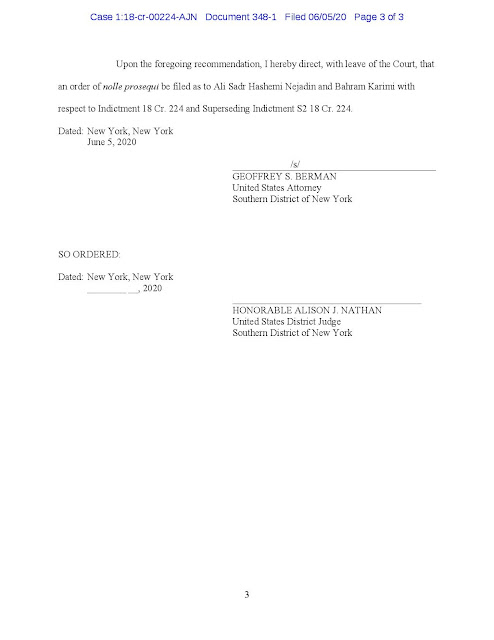