CONVICTED LOBBYIST JACK ABRAMOFF CHARGED AGAIN, THIS TIME WITH LAW ENACTED DUE TO HIS PRIOR CASE 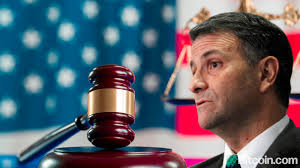 If you were working in Washington in 2007, you may recall the passage of the Lobbying Disclosure Act, which was passed in the aftermath of one of the major corruption cases of our generation, the Jack Abranoff case. Abramoff,  a Washington lobbyist who took clearly excessive fees from Native American Tribe clients seeking to open casinos on tribal lands, and paid bribes to Congressmen for favors, was the poster boy for influence poeddling and corruption in the Capitol. In fact, he is the reason that the Lobbying Disclosure Act was passed, after he pled guilty to lobbying violations and criminal conspiracy. A number of US Government officials were also charged and convicted.

While he was very public regarding his purported rehabilitation after 2010, post-prison, Mr. Abramoff has now been charged with violating the very Federal law that was created in response to his prior crimes. In fact, he is believed to be the very first individual charged under the law. Those readers who understand the principle of Karma are most likely nodding their heads, for this is a case where the offender's prior misconduct actually resulted in the enactment of a new statute which he later violated.

Abramoff acted as a lobbyist for the marijuana industry, while failing to register, as required by law. He also promoted claims that he knew were false, for the fraudulent cryptocurrency firm, AML Bitcoin. He faces five years in Federal Prison, and he also has the Securities & Exchange Commission after him as well.

Obviously, he didn't learn from his earlier mistakes. Has he forgotten what it was like to spend almost four years in Federal Prison ?