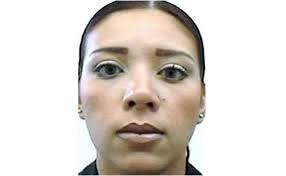 JESSICA OSEGUERA, the American citizen daughter of fugitive Mexican cartel leader NEMESIO OSEGUERA CERVANTES,who was herself arrested when she attended a hearing for her brother, has a trial date in her money laundering case. Ms. Oseguera had an indictment pending agaisnt her when she chose to appear in court, in her borther's case, and she was taken into custody.

The defendant controlled a number of corporations sanctioned by OFAC, and reportedly engaged in money laundering, which we find incredibly arrogant, considering her residence in the United States, and the manhunt for her father, the leader of the Jalisco new Generation Cartel, " said to be Mexico's most powerful drug lord. he has a $10m reward posted for information leading to his arrest.

The defendant, who, like her brother, was born in the United States, will go to trial on December 14, 2020. 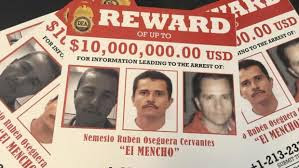