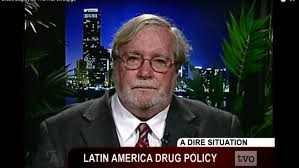 Professor Bruce Bagley, an international authority on narcotics trafficking and money laundering, pled guilty in US District Court in New York to two counts of money laundering. Bagley, formerly a leading academic at the University of Miami, Moved $2.5m, reportedly for the Colombian money launderer ALEX NAIN SAAB MORAN, who is a fugitive from justice in the United States. Bagley   allegedly received a fee of $300,000 .

The defendant, who is the author of many books on drug topics, including Drug Trafficking, Organized Crime and Violence in the Americas Today,  Sentencing has been set for October 1, 2020; he is facing a maximum sentence of 40 years.
Posted by Kenneth Rijock at Monday, June 01, 2020