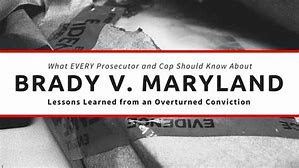 Just when we thought the Ali Sadr Hasheminejad sanctions evasion case was going away, lightning, in the person of the trial judge, has struck back. District Judge Nathan, in a four-page order, has slammed both the US Attorney's Office in Manhatten for what she described as "serious concerns about the conduct of the Government, from the actions that led the Court to suppress material pre-trial, ... to a conceded Brady violation during the course of the trial..."

The clearly agitated judge has ordered the government to "list all material in the case that was potentially improperly withheld from the defense," indicate which lawyers were personally responsible for the disclosure failures, including supervisors, and for each item, whether the Government agrees that the withholding was intentional.

The Court detailed the Discovery that was apparently withheld, and specifically in Exhibit that was, it appears, mislabeled as newly produced when, in truth and in fact, it had been submitted before.  It requested that all the disclosure-related issues that arose during trial be identified, as well as possible statements made to the Court regarding disclosure.

Finally, the Court noted that there had been prior Governmental Discovery non-disclosure in her courtroom before, and that she had ordered a special training session be conducted, and attended by all prosecutors. She has asked whether the prosecutors who are identified as culpable in the Discovery violations attended those lectures, including the AUSA who filed a post-trial Notice of Appearance, and the next day attempted a Nolle Pros to dismiss the case. As a parting shot, the court reminded Government counsel that she retains jurisdiction after the case is over to determine if sanctions for prosecutorial misconduct or ethical violations are to be implemented. this is not going to end well for the AUSAs who committed the egregious Discovery violations.

Readers who require the complete text of the Order will find it below. 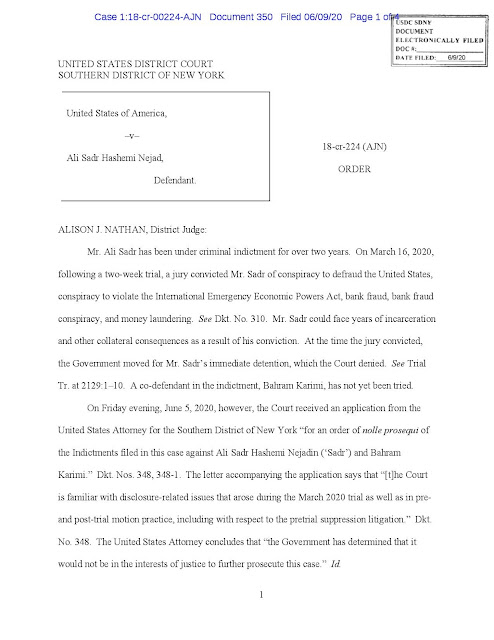 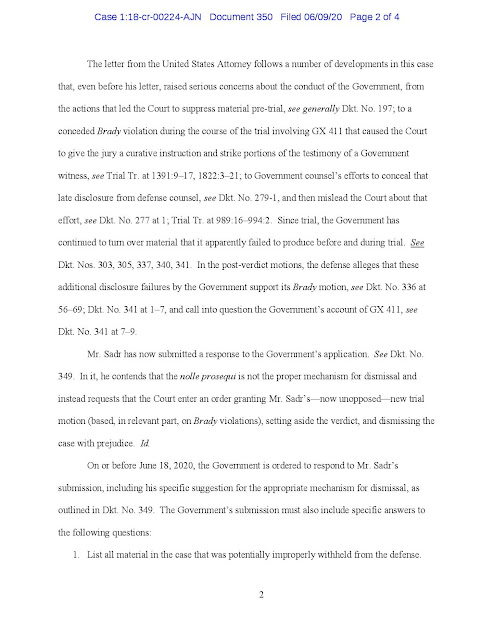 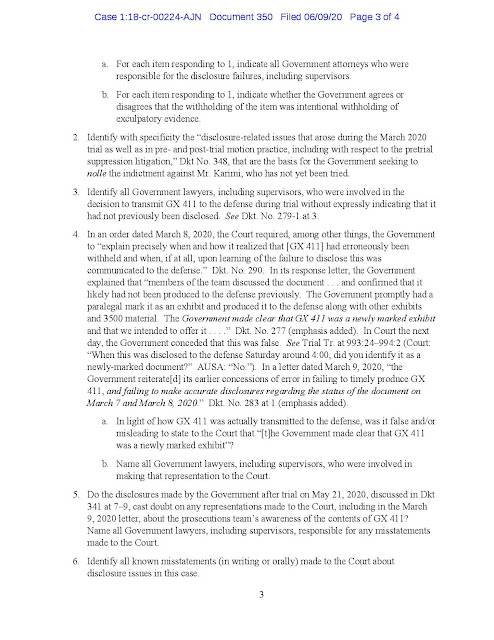 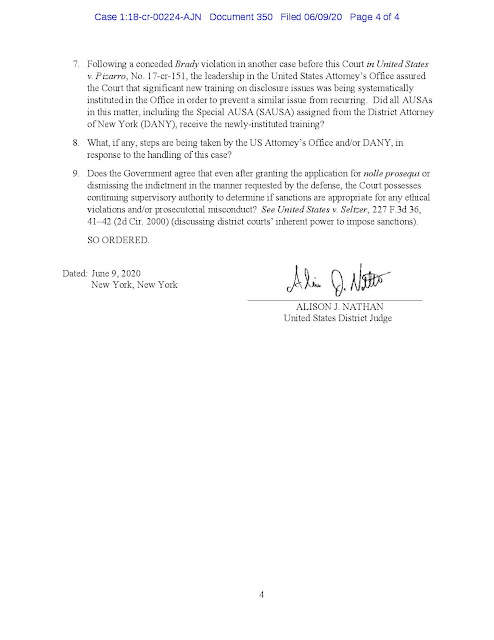