Professor Bruce Bagley, who has pled guilty to two money laundering counts, has been assigned a Guidelines Sentence (USSG) of 46 to 57 months. Considering that he is in his seventies, unless the Court, for some unknown reason sees fit to depart below the Guidelines, in assessing his sentence, he will receive a four to five year sentence, which some may consider harsh, but which will hopefully serve to deter others for such criminal conduct in the future.

Bagley will also have a $474,000 judgment entered against him, so that he cannot profits from his crimes. The Forfeiture Money Judgment appears below. 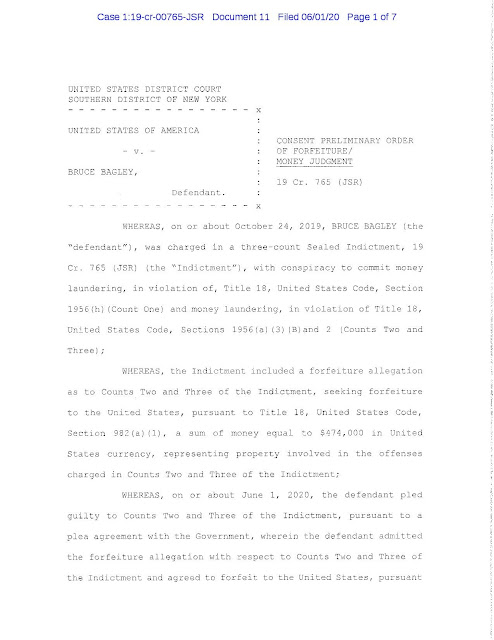 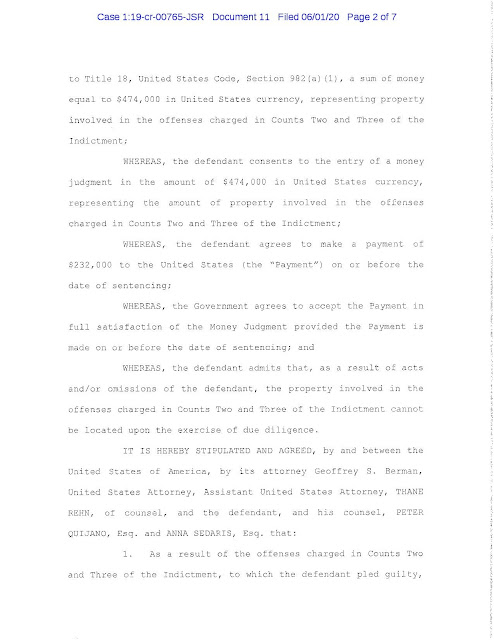 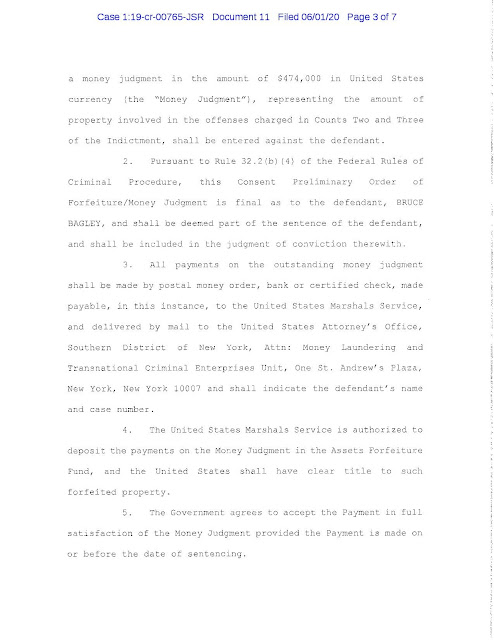