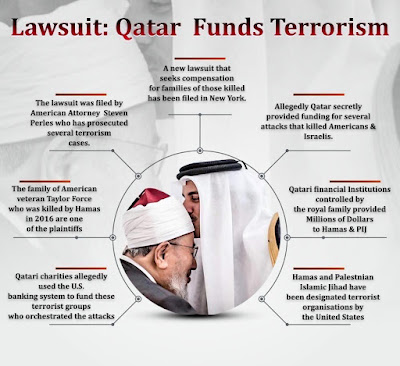 A new wrongful death suit, filed in US District Court in New York, charges that Qatar secretly sought to evade US sanctions, by using organizations owned and controlled by the country's Royal Family, to funnel money to Hamas and Palestinian Islamic Jihad, both Specially Designated Global Terrorist (SDGT) organizations. The Plaintiffs are fifty-one relatives of American citizens injured by these two sanctioned organizations, in Israel or the West Bank (Judea and Samaria) and the heirs of ten of those killed in terrorist attacks, between 2014 and 2016. One of the victims was Taylor Force, a former US Army Captain, a graduate of West Point, and a veteran of both Afghanistan and Iraq. The Taylor Force Act is named for him.

The instruments through which Qatar accomplished the terrorist financing were:

(1) QATAR CHARITY; The organization's board Chairman is HAMAD BIN NASSER AL-THANI, a member of the Royal Family. Formerly known as the Qatar Charitable Society, it was accused of laundering money for Osama bin Laden. 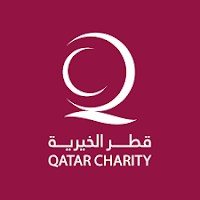 (2) QATAR NARIONAL BANK which maintained an account of HUSAN BADRAM, a prominent Hamas military leader, and the known organizer of several fatal terorist bombings in Israel.

(3) MASRAF AL-RAYAN BANK, which is accused of converting Qatar Charity funds to US Dolars, through a bank in New York, and making them available to the terrorists through local Charity branch offices, via the Bank of Palestinae and the Islamic Bank in Ramallah. 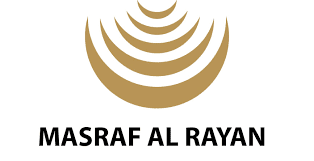 The plaintiffs assert that Qatar gave more than $50m to Hamas in recent years. The defendants have not yet been served in the case; a Status Conference has been scheduled for July 22, 2020. The style of the case is Force vs. Qatar Charity, Case No.: 20-02578 (EDNY).