Leroy Parris, the former Chairman of CLICO International Insurance Company, was arrested by Barbados Police in connection with a fraud investigation involving a company Bds$3.3m payment for legal fees that was diverted to another company, and then allegedly into Parris' control.

Parris, who has been linked to illegal campaign contributions paid to the Dominica election campaign of PM Roosevelt Skerrit, is a known associate of Skerrit. Parris holds a Dominica diplomatic passport that lists him as "Ambassador at Large, " though he performs absolutely no duties for the Commonwealth of Dominica, He is the latest in a long list of wealthy foreign white-collar criminals who obtaned a Dominica Diplomatic Passport, for cash under the table, for the sole purpose of outwitting local law enforcement, and customs and immigration officers abroad, and for status and prestige. He performs no services as a diplomat, and his title of "Ambassador at Large" is fabricated and of no legal force and effect. 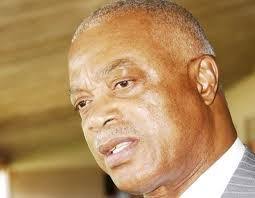 Most Dominica diplomatic passport holders, who are foreign nationals using their identity document to evade customs searches at international borders, or to claim diplomatic immunity to avoid arrest or detention, perform no true diplomatic functions whatsoever for Dominica. They employ their diplomatic passports to smuggle cash, jewelry and financial instruments past customs officers at ports of entry, and not for the legitimate purposes for which the passports were intended. If they can, they use them to evade arrest on criminal charges, or to use an alias. 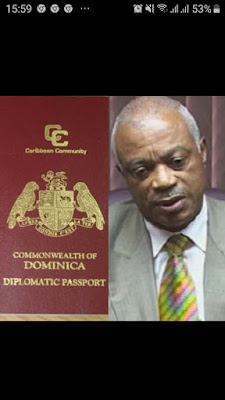 Parris is only the latest to be arrested ; He will not be the last. It has been estimated that over one hundred Dominica diplomatic passport holders have been arrested abroad on felony charges.