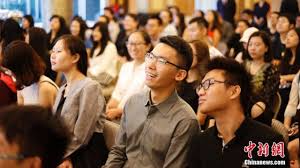 Court orders obtained in the United Kingdom resulted in freezing 95 accounts contained more than three and one-half million Pounds, belonging to Chinese university students. Funds were "smurfed' into accounts, often in cities other than where the "students" were enrolled, in amounts under the reporting threshold. If you have ever seen all the young Chinese nationals on line at the luxury goods stores in London and Paris, much of that money ended up buying extremely expensive items that were then sent to China and sold at inflated prices, further laundering dirty money. Some of the purported students are only "studying" the English language, and are not degree candidates. we wonder how many of them are, in truth and in fact, intelligence agents.

One account, according to reports in UK media, received nine cash deposits in a single day, all through ATM machines in the London area. Some "students" had six-figure cash deposits into their accounts, far in excess of their legitimate educational needs. The freeze orders were  executed pursuant to the UK Criminal Finances Act.

Perhaps it is time for law enforcement in the United States and Canada to investigate all large bank accounts of their own foreign students from China, to insure that no such money laundering activities are being conducted on this side of the Pond. There are many students from China studying in the United States who parents are senior officials in the Chinese Government, or the PLA. How many of those are facilitating money laundering ?