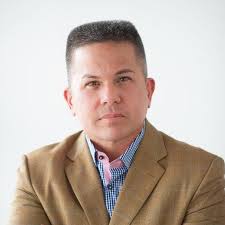 Ismael Gerli Champsaur, the Panama attorney charged more than two years ago with fraud and forgery by a foreign investor that he cheated out of his substantial real estate holdings, has still not gone to trial, in a case illustrative of the flaws in Panama's antiquated and corruption-ridden criminal justice system. No trial date has yet been set, and bribery of the judiciary, prosecutor and court clerk is suspected.

Gerli defrauded a client, Vladimir Kokorev, testified falsely about his client's activities, and after the client was in custody, framed by ambitious law enforcement agents in Spain, Gerli forged his clients' signature to documents, and took possession of his real estate holdings. He faces a four to eight year sentence in Panama for his crimes. Unfortunately, the case against him appears to be hopelessly stalled.

Known in Panama as an attorney who literally wrote the book on the techniques of fleecing wealthy foreign nationals who have invested in Panama, Gerli was the principal attorney for the noted Panama fraudster, the American expat Gary James Lundgren, who learned from Gerli the intricacies of forging bills of sale, stock certificates, and affidavits, and who has gone on to a long career of operating an investment scam, targeting American and Canadian expats. Gerli taught Lundgren how to gain control of real estate through forgery of the clients' signature on the stock certificates, using a corrupt (and well-paid)  Notary Public, and given that justice in Panama's courts generally is denied to foreign claimants, due to rampant bribery by bad actors, both of these notorious financial criminals have never seen the inside of a Panamanian jail. We trust that our readers will give Gerli a wide berth.

We, and other authors, have previously detailed Gerli's financial crimes, attorney misconduct, extortion, fraud and other felonies, in several articles that appear on the Internet. Curiously, Gerli has caused to be posted hundreds of websites, articles, and other entries, to conceal the articles exposing the truth about his activities, by pushing them to the rear of any search query. That is clearly evidence of his guilt.