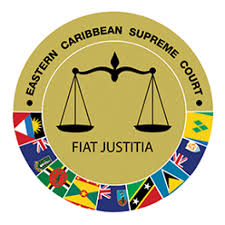 If you were wondering whether any of the diplomatic passports sold to foreign nationals by the five East Caribbean States that have Citizenship by Investment (CBI/CIP) programs owe any duty to the country that issued their passports, the East Caribbean Supreme Court has held that "in the absence of the existence of actual allegiance, the mere possession and use of the diplomatic passport does not create allegiance, adherence or obedience to the Commonwealth of Dominica under Dominican Law."

The case, which arose in St Christopher (St Kitts) & Nevis, was brought by the Attorney General, against Dr. Denzil Douglas, former Prime Minister and  Leader of Opposition, currently holding a seat in the National Assembly, who obtained, and subsequently used a Dominica diplomatic passport while holding elective office in St Kitts. The Attorney General asserted that the possession of that passport meant that Douglas owed allegiance to a foreign state, which disqualified him from being a member of the National Assembly under the Constitution of St Kitts and Nevis, and brought this action.

Douglas used his Dominica diplomatic passport several times, for "convenience of travel and business purposes." You may recall that St Kitts passports were subject to restrictions in North America, after a scandal broke involving the abuse of CBI and diplomatic passports by Iranian nationals.

In a 28-page opinion, citing numerous decisions, and after taking testimony from experts on the Laws of Dominica, which it applied, the Court, speaking through Resident Judge Tervor Ward, held

On a proper construction of Dominican law, I hold that no reciprocal duty of allegiance
is owned by a holder of a Dominica diplomatic passport who is not a citizen of Dominica.

Accordingly, I hold that under Dominican law the voluntary act of acquiring and using a
Dominica diplomatic passport does not place the holder under an acknowledgement of
allegiance or obedience or adherence to the  Commonwealth of Dominica within the
meaning of section 28(1)(a) as this is not an act that manifests the conscious exercise of
the Defendant's will. acknowledging the obligation of fidelity and obedience to the
Commonwealth of Dominica. Id at 127.

Why is this case of significant interest to individuals outside the East Caribbean ? By holding that Dominica diplomatic passport holders owe no duty of allegiance to the nation that issued their passports, the validity of these passports becomes an issue, given the requirements of the Vienna Convention on Diplomatic Relations, which is UN treaty that all countries are bound by. Diplomatic passport sold for cash are void on their face under international law, and should not be accepted by any immigration or customs officer, but confiscated, and the holder taken in custody as a stateless person. The decision may have opened a Pandora's Box.