HOW WILL RUSSIA'S GAZPROMBANK LAUNDER SANCTIONED PDVSA PAYMENTS FOR VENEZUELA ? 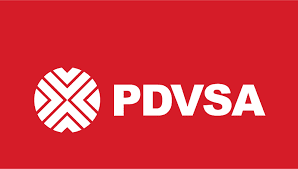 Now that we know exactly how Venezuela's Maduro government plans to gain access to the millions of dollars in PDVSA oil payments that are now sanctioned and blocked by American sanctions - through Russian state-owned Gazprombank - compliance officers should be aware of the potential money laundering techniques that may be employed to funnel that money into Venezuela.

1. Bulk cash smuggling would be the easiest, though most primitive, method. PDVSA customers are directed to make their payment, not via wire transfer but in cash, delivered outside the United States. For that reason, any American financial institution whose clients include PDVSA customers should alert its front line staff to regard any substantial request for cash as a Red Flag, requiring approval at the highest level, to insure that no such client order is approved and filled. Venezuela  previously employed business jets to deliver cash to Hezbollah in Syria, after the last war with Israel a decade ago, and there is no reason to suspect it will not go that route again, with private pilots connected to the regime.

2. The use of the Gazprom Switzerland subsidiary is my best guess for the probable direction of PDVSA payments. That bank, which has a history of money laundering issues with  FINMA, the Swiss regulatory authority, could route the money through cooperating Swiss banks, concealing the true points of origin, as well as the ultimate destination, which technique Swiss bank used for years to concel payments to or from Iran.

3. Alternatively, it is suggested that Gazprombank's Luxembourg subsidiary, Bank GPB International SA, which has the benefit of not having a potentially incriminating name, to move the payments. I note that senior management of the Luxembourg subsidiary is extremely media-shy, as I cannot readily identify them. This may represent the most low key way to artfully transfer the sanctioned funds.

As information becomes available, regarding precisely what PDVSA is doing to conceal its clients' payments, we shall update our readers on further developments regarding this critical topic.