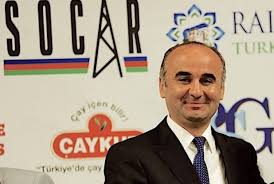 A Turkish-American lobbyist who illegally used money supplied by  the state-owned Azerbaijan oil company, SOCAR, to fund a Congressional junket to Asia for ten lawmakers, and then lied about it to Congress, was sentenced to two years probation, 100 hours of Community Service, and a $20,000 fine, in what was essentially a money laundering case. Kemal (Kevin) Oksuz pled guilty to lying to the US Congress. in addition to the probation and fine, he was also sentenced time served, as he spent three months in custody, before he was extradited from Armenia.

The US Attorney from the District of Columbia  had requested that Oksuz serve one year in Federal Prison for his crimes. He was originally charged with five counts in the indictment. At the sentencing, the government also brought up that Oksuz had previously been engaged in arms trafficking. Failure to charge the defendant with the crime of money laundering, with the result that he only received probation, is insufficient to deter others from considering similar actions.