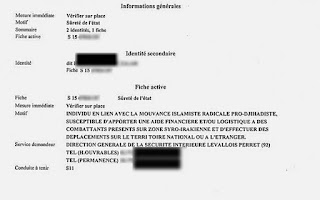 If an individual you are researching, or a bank client, has, or has ever been given, a Fiche S designation in France, it is important that you understand the meaning of this indicator. In France, the National Police maintain a national fugitive registry, more commonly known as the FPR. the French term is Fichier des Personnes Recherchées, or File of Wanted People. 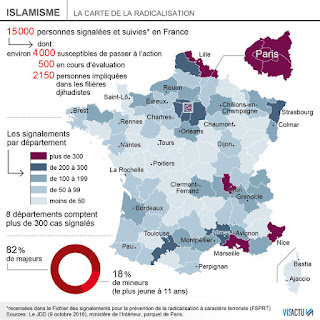 Within the FPR is a designation Fiche S, which indicates not fugitive status, but that the individual is a serious threat to national security.The majority of persons in this category are suspected Islamic radicals The S designation permits french law enforcement to conduct surveillance, allows the placement of GPS tracking devices on automobiles, and permits wiretapping The threat posed by each individual is graded; S01 is the highest. S15 is the lowest level. Many of the French residents who committed terrorist acts in France were holding S designations. Readers who wish further information may access a government Report here.
Posted by Kenneth Rijock at Wednesday, February 06, 2019