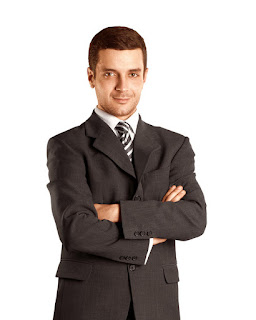 A Lebanese-American attorney, working in his Beirut law office, which advertises that it specializes in offshore business matters, has, through local New York counsel, sought to have his name stricken from inclusion in the list of attorneys that allegedly perform legal (and illegal) services for Hezbollah, an OFAC-listed Foreign Terrorist Organization. His representation of companies and other entities that are associated with Hezbollah is alleged in the civil suit filed in US District Court in New York.

There is extensive mention of his activities in the white paper entitled Sandcastles: Tracing Sanctions Evasion through Dubai's Luxury Real Estate Market,  which was the subject of a previous article on this blog.

Attorney Achraf Safieddine claims to have an affiliated office in the United States, but we were unable to find a single jurisdiction where he is admitted to the practice of law, and cannot confirm that he is a US citizen. He reportedly does own substantial real estate in the US, centered in the State of California. Some of his clients are OFAC-sanctioned, as are certain corporations and other entities.

Online Public Records seem to show the attorney as residing in Boca Raton, Florida; Bar records in Tallahassee do not show him as an attorney admitted to practice in the State of Florida.

His attorneys are seeking to Intervene in the civil suit, meaning adding him in as a party to the lawsuit. His attorneys' letter to the Court is below; it basically consists of a denial of his relationship with Hezbollah, and a demand that his name be stricken from the civil suit. Most legal observers doubt that the Court will summarily delete his name from the court filings.

Will other lawyers also named & shamed as Hezbollah attorneys also take action to conceal their relationship with a Global Terrorist organization ? We cannot say, but we will be watching. 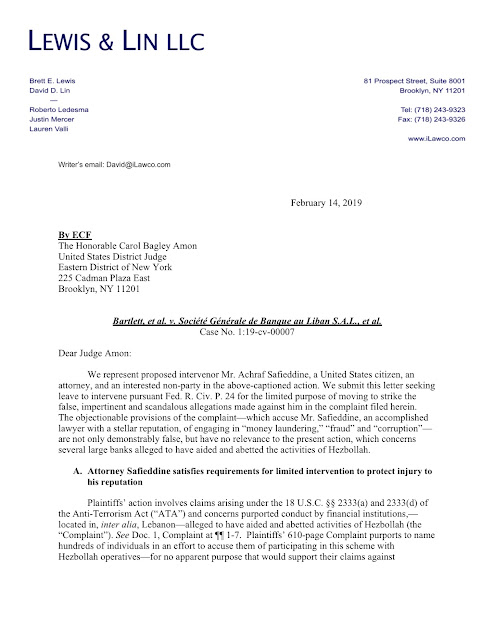 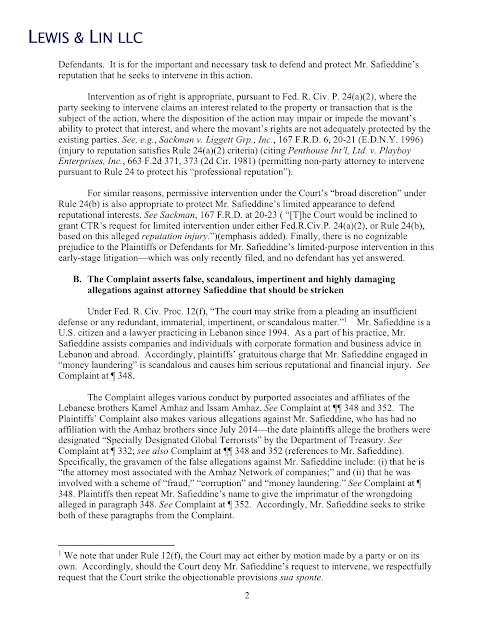 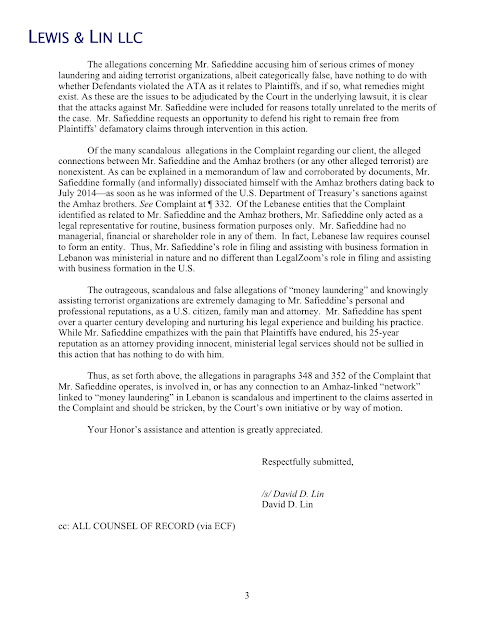