CHOKSI'S ATTORNEYS ARGUE HE CANNOT BE EXTRADITED TO INDIA 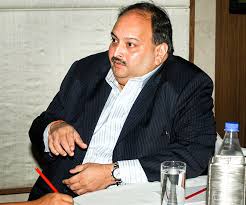 Mehul Choksi, India's most wanted man, who has been hiding behind his Antigua CBI passport, to evade extradition to his country since India requested him last August, is claiming he cannot be removed, due a lack of an extradition treaty between the two countries. He also has asserted that Antigua's Prime Minister does not have the Constitutional Authority to extradite him. These ploys, while they have delayed the proceedings for most of a year, have no basis in Anntiguan law.

First of all, by virtue of its membership in the Commonwealth of Nations, there is statutory authority. Antigua & Barbuda's 1993 Extradition Act provides for extradition of a fugitive to a fellow Commonwealth state. The lack of a specific extradition treaty between the two nations is not a bar to the removal of an individual.

Second, the Prime Minister of Antigua has specific discretionary authority to extradite fugitives from justice abroad. This allegation about arbitrary conduct on his part is yet another ploy to confuse the High Courts in Antigua when they consider Choksi's case in March.

A Citizenship by Investment (CBI/CIP) Passport is neither a shield nor a sword, protecting its purchasers from the Rule of Law in their home countries, and if any court rejects that principle, it will hasten the end of the international acceptance of CBI passports issued by the East Caribbean States.