DID FAMILY MEMBERS OF CAYMAN GANG OF FOUR RECEIVE $100m FROM THE FRAUDSTERS ?

Our continuing investigation into the Cayman Gang of Four scandal, whereby dodgy financial professionals working in the Cayman Islands stole over two hundred million dollars from the accounts of retired Canadian businessmen and pensioners, has uncovered close ties between two of the Canadian fraudsters, Derek Buntain, the former President and CEO of defunct Cayman Islands bank, Dundee Merchant Bank, and the fugitive from justice, Ryan Bateman, and their extended family, as they are one unit.

Bateman and Buntain are both Canadian nationals, but neither has been living in Grand Cayman since they committed the massive fraud, and moved the stolen funds out of the country, via the Bahamas and other jurisdictions. the Royal Cayman Islands Police Service declined to prosecute them for political reasons; filing the case would have seriously affected investor confidence in the Cayman islands as a financial center.

We are seeking to determine whether any of these individuals received any of the millions of dollars in assets that Bateman moved out of accounts in Grand Cayman, and which have disappeared. Bateman's unlicensed (i.e. exempt) financial service firm went into liquidation in the Cayman Islands, without any assets. Cayman regulators early on estimated the losses at over USD$200m. Where did all this money go, and how much of its ended up in Canada ?

(1) Derek Buntain has two sons, one we have previously reported on, Angus Buntain,  who races thoroughbreds at Woodbine in Ontario. The second is Andrew Buntain, a securities trader with Franklin Templeton, with extensive knowledge of investing and finance. For some unknown reason, the fact that Andrew is Derek's son is not publicly known. I will let you draw your own conclusions as to the reason.


(2) Andrew Buntain's common-law fire is Sasha Bateman, sister of Ryan and Cody, an artist who was let go from her former employment, at a prestigious private school, in its fundraising department, after complaints surfaced that she was independently contacting wealthy donor parents, for her personal gain. She also has an extensive criminal record.


(3) The Bateman-Buntain marriage makes Ryan and Cody Bateman Andrew's brother-in laws. We have previously covered both Ryan and Cody's fraudulent activities in previous articles on the Blog. There is another Bateman, Nikki, with a history of two bankruptcies. 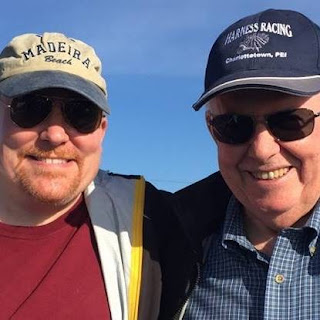 Did any of the extended family members of the Bateman-Buntain clan take possession of the missing millions ? Have they invested any of it in Canada ? Our investigation continues.