DON'T FORGET TO USE THE ORIGINAL ENHANCED DUE DILIGENCE SEARCH TOOL 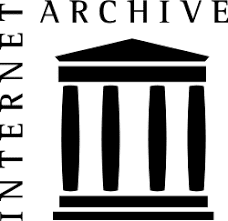 If you were performing Enhanced Due Diligence before September 11.2001, when only a group of former US Senators led by by Gary Hart, were warning us about the threat posed by global terrorism, you didn't have much in your toolbox to help you. There were no commercial-off-the-shelf databases of high-risk individuals and entities , like World-Check. to assist you.

There was one resource, which still exists today., in improved form, and that is the INTERNET ARCHIVE, a/k/a the Wayback Machine, www.archive.org which saved webpages that had modified or deleted, and gave compliance officers a window into the past, where they could uncover information about the dark origins of the individual they were investigating, including his former organized crime partners who funded his company, prior companies now curiously defunct, and a host of data interesting to compliance officers performing what we now call risk-based investigations.

Today, Archive.org offers much more; one can actually search for a target by name, and the results displayed, snapshots of the webpages, images, documents and illustrations, are not only extremely helpful, they data back to the very early years of the Internet, not just the past 20 years of entries. I entered my own name, and found, among other listings, my 1999 and 2000 Congressional Record testimony supporting pre-9/11 anti-money laundering bills that Allen Stanford, through his lobbying efforts, made sure never became law. Other media resources have also been added.

If you are not aware of this valuable resource, you should explore it in depth.