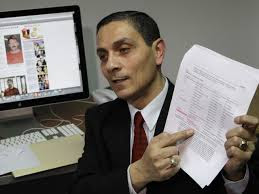 Richard Chichakli, who returned to the State of Texas to live, after serving his sentence for conspiracy to commit sanctions violations, continues to seek to hold the US Government accountable for actions it took against his assets after he was named a Specially Designated National (SDN) by the Office of Foreign Assets Control. He has alleged that property improperly seized from him was never returned, or was damaged through negligence.

Mr. Chichakli's first legal action, filed in the Federal Court of Claims, was recently dismissed by the Court on jurisdictional grounds, after it found that his claims sounded in tort. See Richard A Chichakli vs. The United States of America,  Case No.: 18-cv-00978-EDK ( Fed. Cl. 2019)

Subsequently, on February 14, 2019,  he filed suit in US District Court for the Northern District of Texas, under the Federal Tort Claims Act, seeking return of real and personal property, precious gems, and cash, that he asserts has an assessed value of over $1.65m, plus accrued interest, plus damages in an unspecified amount, but within the jurisdiction of the Court. See Richard A Chichakli vs United States of America,  Case No.: 19-cv--0372-C (ND TX). 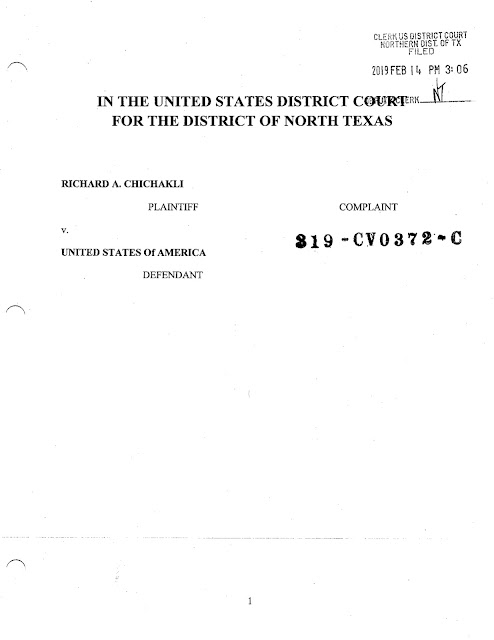