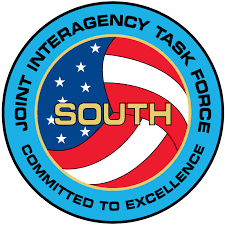 A Chinese "exchange student" who was an intelligence agent, was sentenced to one year of incarceration, and one year of Supervised Release. after he was apprehended taking photographs of an antenna array, outside the restricted JIATF-South* facility, within the Key West Navy Base. Zhao Qianli, who claimed to be a tourist visiting Florida, but who only had photographs of military installations on his camera and mobile phone, had waded into the surf to evade a security fence, and entered what was clearly marked as a restricted area, in Truman Annex, of NAS Key West.

He carried no identification, and claimed that he strayed onto the base by accident. His visa had expired. Zhao claimed to be only 20 years old, but he appeared much older. He admitted that he is the son of a high-ranking officer in the Peoples' Liberation Army (PLA), and his mother is in government.

FBI agents found clothing in his hotel room in Miami that was evidence he was a member of China's Public Security Ministry Police, an intelligence and security service. Zhao was later found  to have failed to list his military background on his visa, which is required; his telephone showed that he had been in touch with Chinese intelligence officers located within the United States, before he illegally entered the naval base. His listed educational institution in China teaches only military science.