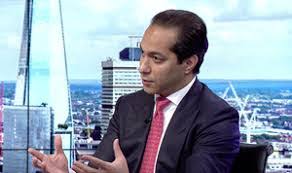 Ali Sadr Hasheminejad, "exonorated" from his jury verdict for massive Iran sanctions violations, due to alleged Brady vs. Maryland errors by the SDNY, has objected to the sealing of exhibits and affidavits in the post-dismissal proceedings being conducted by the Court into the circumstances of the reputed Discovery violations. Sadr's attorneys, in a letter to the Court dated October, 30, 2020, stated that "we respectfully oppose the Government's requests to file its declarations and exhibits responding to this Court's September 16, 2020 Disclosure Order". Counsel went on to state "Given the importance of these issues, this post-trial inquiry should be conducted in public view, not secrecy." (Steptoe letter P.1) No less than three letters have been recently filed with the US Attorney's Office, all dated October 30, by AUSA John McEnany, repeating the Government's position on release of the information.

Legal observers disagree on the backstory behind unfolding events; the majority view is that there's something so important in the exhibits, regarding powerful targets, or actual defendants in a sealed indictment, that the Government fears its release, that these defendants are outside the reach of the Department of Justice, and that educating them as to their status could cause them to flee to evade arrest and prosecution. Targets in Malta, as well as in other countries, have repeatedly been named as possible parties defendant. The minority view is that the matter is exactly what it appears to be, no more than a prosecutorial misconduct matter, but if that is the case, why was it not simply referred to a Bar grievance committee ?

We shall continue to monitor the case; a ruling on this issue is expected shortly, due to its great public significance. As soon as an order is handed down, we shall brief our readers on the decision.