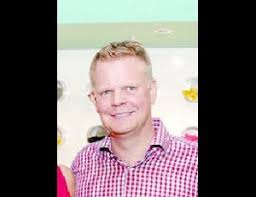 If you have read my autobiography, The Laundry Man,  you know that I was, as a young man, introduced into the dark world of narcotics trafficking by a fellow Vietnam veteran whose minister father was dispatched years ago to Cuba, where the family then lived for many years. That experience made my friend not only bilingual, with native proficiency, but actually bicultural, and therefore able to exist in both the Hispanic, as well as North American Anglo, worlds. This allowed him to be accepted by the generally distrustful Colombian drug trafficking operators he dealt with.

The convicted money laundering Swiss banker, Matthias Krull, enjoyed that degree of acceptance, for as a child, he lived in Venezuela with his Lutheran minister father, and later lived in Mexico. Those experiences would later serve him in good stead when he was dealing with criminal elements in Venezuela. Krull's future role in additional criminal cases, as a witness, has been artfully concealed from public, but he poses the greatest threat to the players in the Venezuela-to-Malta pipeline, as his credibility at trial will be very difficult to attack. He's going to bury some of the Malta defendants, in my humble opinion.