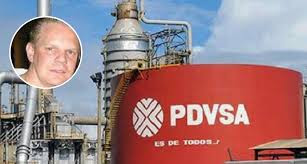 It does not appear anywhere in the Complaint or Information filed against Swiss banker Matthias Krull, but Krull was scheduled to join the Geneva-based Swiss private bank Gonet Bank & Trust ( Gont et Cie) in Nassau, Bahamas when he was arrested in the United States and charged with money laundering, Given Krull's central role in moving illicit Venezuelan funds, in dollars, into and through Malta, his imminent relocation, and the names of the other bankers who were making the move with him to Gonet, may provide some additional clues regarding which Maltese nationals have already been, or will be, indicted as the resukt of his testimony. Are those names in the Krull file document that the Court has ordered sealed for a year  ? Why only for one precise calendar anyway;  it could be related to a Rule 35(b) issue.

These are the other Julius Baer executives who were set to transfer to Gonet with Krull. It is not known what effect his US arrest had on their scheduled relocation.

Has anyone in Malta seen any of these names, or met any of these bankers in person  at Pilatus Bank ? We invite your input.