WILL THE LABOUR BUSINESSES IN MALTA THAT TRAFFICKED IN ISIS OIL AND PROFITS BE CHARGED WITH TERRORIST FINANCING ? 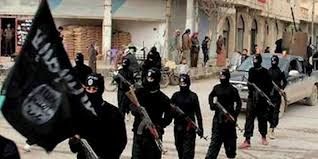 Just when I though I'd heard everything about Malta's Labour Party's corrupt association with organized crime, someone comes along and drops one even more vile fact on my plate. Due to our concerns about revealing restricted details of ongoing investigations that may have not yet been completed, we have deliberately ignored a specific EU country's investigations. Now, however, inasmuch as Providing Material Support to a Sanctioned Terrorist Organization, more commonly known as Terrorist Financing, is involved, and Maltese nationals are involved, we believe the public has a right to know. Shouldn't Malta's businessmen that assist ISIS be brought to justice ?  Here in the United States, Terrorist Financing penalties are Draconian, and rightly so.

According to a credible professional in the petroleum industry, and confirmed by another transportation insider, an oil trading company that operated out of the Republic of Malta, and managed by one of the biggest law firms on the island, acting as a fiduciary, has been purchasing oil at a port controlled by ISIS. The same company, which was owned by a holding company in Mauritius, with the Beneficial Ownership hidden behind nominees, is currently the subject of attention by investigators of a country in Western Europe. The company, and the law firm are documented financial supporters of Malta's Labour Party. And yes, there is a dodgy Swiss oil trader lurking in the mix as well.

You may have noticed that we have redacted the names of the offenders, and their companies. This is to protect the investigation, and keep the guilty from fleeing to a non-extraditable country. I cannot disclose the identity of the agency conducting the investigation, and its identity, but I do know that its prisons will be quite difficult places for spoiled Labour Party leaders, for they will be living in close quarters with Middle Eastern drug traffickers, and perhaps even some of the terrorists that have profited from their money laundering.  Evil has consequences; it's called accountability.