AN OPEN LETTER TO THE PEOPLE OF MALTA FROM KENNETH RIJOCK 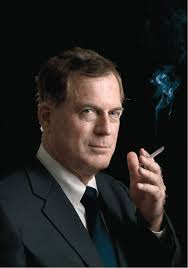 Lately, I have received a number of questions from our readers: who am I, why do I have such an intense interest in Malta, and what is the reason for my many articles. Allow me to fully answer allow those, so that readers understand why my background has driven me to focus upon Malta's critical issues each day, in blunt and graphic terms not generally seen in major media, and to offer an advance look into the Winds of Change that are fast approaching from the West, and the North, ahead of their arrival in Valletta.

I come from a unique position when it comes to financial crime; having been literally involved on both sides of the problem. I started out as a young banking lawyer in Miami, but being extremely cynical due to my prior military service in Vietnam & Cambodia, I  then spent a decade as a career criminal, running a money laundering operation on behalf of American, Canadian and European  drug traffickers, operating in the tax havens of the Caribbean.

If you have read my autobiography, The Laundry Man, you know that while I was incarcerated, two members of the American law enforcement community turned me away from my criminal perspective, and back into the light, as no longer part of the problem, but part of the solution, a former money launderer applying my experience to help law enforcement catch those still engaged in that dark profession. I have been engaged in this quest for almost thirty years, as a consultant to the financial sector and the law enforcement and regulatory industry.

I have a special interest in the special evils presented by the Citizenship by Investment (CBI) passport program, going way back to the early 1980s, when St Kitts initiated passport sales.I  was actively involved in the SKN program, and know about its dangers.  If you read my blog entries from the last ten years, you will see my many articles exposing CBI corruption in the five East Caribbean States of Antigua, Dominica, St Kitts, St Lucia and Grenada. You will see how CBI consultancies trick greedy government officials into entering into agreements that favor the consultants, resulting in a culture of corruption that enriches the conspirators, at the expense of the people it was intended to benefit.

After seeing that Malta was trapped in the same CBI spider web as the East Caribbean States, I began investigating the money laundering activities of Malta's corrupt government officials. My existing contacts with the American law enforcement community have given me leads into ongoing criminal investigations targeting senior Maltese leaders, who have angered the American giant with their extensive laundering of illicit Iranian and Venezuelan money. it appears that American justice will now do what Malta's courts and law enforcement have, to date, refused to do.

I intend to continue to cover the developing criminal investigations that have originated in the US, UK, Italy, France and other EU countries, and subsequent indictments, and will be expanding my Malta coverage accordingly.We hope that our readers will extend financial support to the blog, to donate to support our program, and cover all the upcoming criminal proceedings in detail and in person.

Thank you for your anticipated support.