A source with first-hand knowledge of the situation on the ground in Malta is claiming that the techniques intended to be used to keep the Maltese money launderers (Including Joseph Muscat)  from being extradited to the US is simple: the senior official in the Police, a known Labourite, will arrest all of them on local charges, before any American warrants are filed in Malta, and then employ some or all of these tactics:

(1) Delay  the setting of the case to trial. The Attorney General of Malta will state that so long as it is pending, the defendant cannot be extradited. The oldest trick in the book of corruption.

(2) Arbitrarily change the assigned judge; any new judge will, of course, request time to become familiar with the case. This adds months to the case.

(3) Replace the prosecutor, which also delays the matter.

(4) File appeals of all decisions that move the case towards trial. 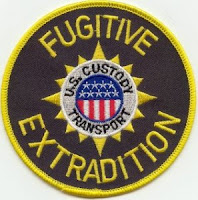 How will the United States, Italy, France, the United Kingdom and any other European countries achieve extradition of their targets ?  We will cover that topic in a future article, but rest assured, these countries have their successful methods. They will get their targets. The tactics you see above do not necessarily work; ask former Antigua regulator Leroy King, now awaiting sentencing in an American prison.