DID GREED AND CORRUPTION ERASE MALTAS's "NEUTRALITY" AND MOVE IT TO ASSIST RUSSIA, AND IS THAT WHY THE US HAS TARGETED IT ? 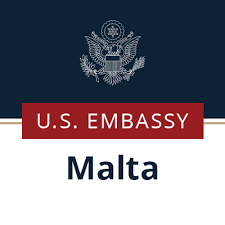 Buried in the news from Malta is a story about a visit from someone at the US Embassy to interview the alleged fuel smuggling kingpin Darren Debono, regarding his gang's secret refueling of Russian ships. If this turns out to be confirmed, it may represent the underlying reason that United States has directly targeted Malta's corrupt senior leadership, who have protected Debono's operation from arrest, in exchange for what has been described as a percentage of the criminal profits Debono's crew earns.

If Russian warships and commercial vessels are being covertly refueled and resupplied on the high seas, it represents a change in the balance of power in the Western Mediterranean. So much for Malta's vaunted Constitutionally-mandated Neutrality. Is Debono refueling Russian submarines transiting the Straits of Gibraltar, en route to the Atlantic, we ask ? No wonder the United States sent its Secretary of Defence and five aircraft recently, to negotiate the Forces Agreement, which would have allowed US-flag vessels to use Malta's outstanding port facilities. Russia in the Western Med is a threat to NATO and the EU.

Blame your disgraced ex-Prime Minister Joseph Muscat for allowing fuel smugglers free rein, so long as they kick in  part of the profits to him and his party, regarded by objective observers as little more than a cult. Do you really want Russia prowling around the sea lanes and airspace ? Certainly, the United States does not, and that may have spurred its law enforcement agencies to move against Muscat and his criminal organization. Debono was charged with fuel smuggling years ago in Italy, but the case has stalled. Will he be convicted now in Malta ? Perhaps Muscat will be convicted first, in New York or Miami. Stay tuned.