ALI SADR ATTORNEYS REQUEST THAT US ATTORNEYS' FILINGS BE UNSEALED 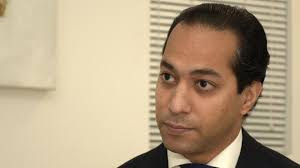 The attorneys for the defendant, Ali Sadr Hasheminejad, in a letter to the Court, noted that their client has filed their reply to the Court's September 16, 2020 Order under seal only because "it discusses declarations and exhibits that the Government has requested remain under seal." Counsel then requested that the Court unseal Sadr's letter, and the sealed declarations and exhibits filed by the Government.

Once again, we raise the issue: what's in those documents, irrespective of any disciplinary issues against the lawyers, that the Government is so obsessed with protecting ? It can only the identities of additional defendants, not currently within the grasp of the US Department of Justice, and who might flee if they knew they were targets. Given that Sadr was the owner Malta's now-defunct Pilatus Bank, the odds are good that those individuals are certain citizens and residents of the Republic of Malta that we have previously identified on this Blog. Those whom we have named should govern themselves accordingly. We trust that they have engaged American criminal defense counsel. 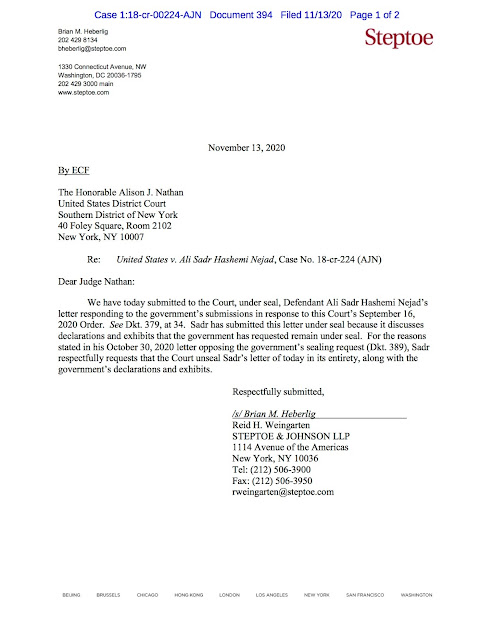