HOW MUCH OF THE BLAME FOR MALTA'S PILATUS BANK BELONGS TO THE EUROPEAN UNION ? 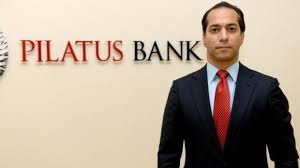 If the truth be known, a large portion of the blame for the issuance of the license to Malta's money laundering Pilatus Bank belongs to the European Union. Yes, I know Ali Sadr allegedly spread around his bribe funds amongst Malta's totally corrupt PL government, so as to guarantee approval of the application, and even fast-tracked it, but there's more to the story.

Listen, how on earth could the EU approve Pilatus' charter if the ownership, a thirty-something businessman from Iran ( first red flag) who had no banking education, training or experience (second red flag) drew its funding from dodgy transactions out of Venezuela, which were accomplished through Switzerland (third red flag), when Sadr used a St Kitts CBI passport for identification (fourth red flag) ? We haven't even gotten to the fact that Sadr's father, who is allegedly linked to massive financial crimes, played a role in the bank.

Question: Were any Maltese MEPs involved in fast-tracking the banking license application, and what did they do ? Was Malta's "Crime Minister" Joseph Muscat involved, as we have heard ?  Did any money change hands in Brussels ? Given Sadr's sordid history, it is a valid question, even in a place (the EU headquarters) not noted for corruption. This bank's charter should never have been granted, if we stock to established norms and generally accepted best practices. 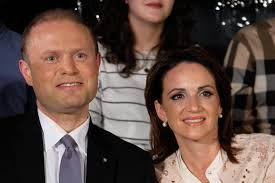 Add to this situation the letter-box (virtual) branch of Pilatus in London's pricey Mayfair district, with no actual staff, and you have a recipe for disaster. Perhaps the European Commission, which is so focused at this time upon the Maltese money laundering mess, might want to also look to its own house for violations.