US ATTORNEY APPEARS TO BLAME THE FBI FOR DISCOVERY VIOLATIONS 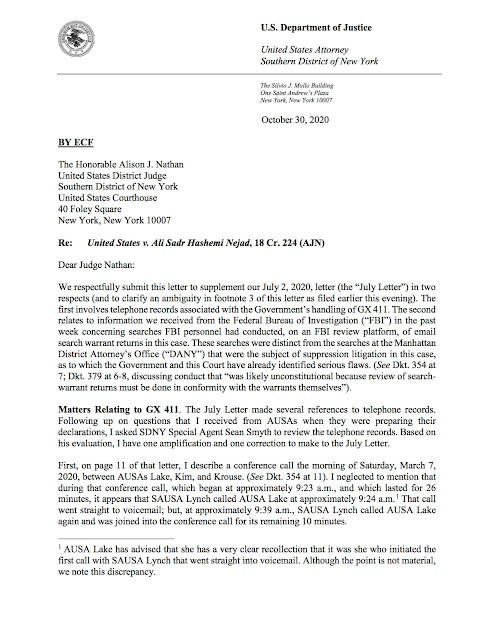 The latest letter to the Court, from the US Attorney's office in the Southern District in New York in the Sadr case, appears to cast blame upon the Federal Bureau of Investigation (FBI) for at least some of the Discovery violations that are the purported reason the matter was dismissed after a guilty jury verdict. The FBI apparently accessed a proprietary database named BIDMAS 636 times, and did not make the USA aware of this fact 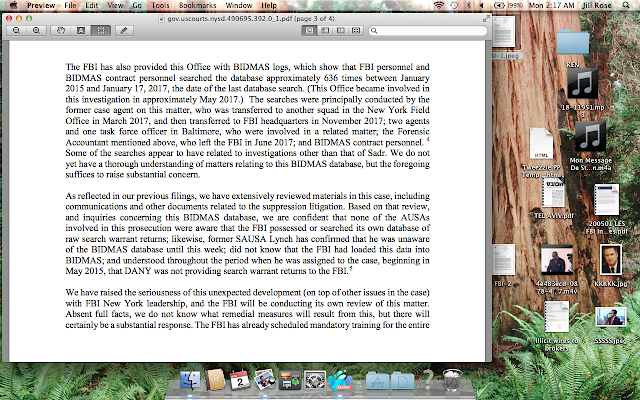 Note that the letter asserts that some of the FBI searches  were "likely Unconstitutional." The FBI will now, according to the letter, conduct training s that this "flaw' does not occur again. Whether this disclosure is offered in mitigation we cannot say, but it does show that agencies working together in a complex criminal investigation must share their methods, not just their findings, so that potential Discovery violations are avoided.