MUSCAT'S FATAL ERROR: DON'T STEP ON THE TAIL OF THE AMERICAN TIGER, OR YOU MAY END UP INSIDE IT 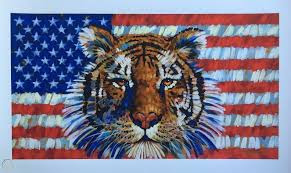 It may be appropriate, before the reasons are buried under the shock and awe of money laundering indictments of Maltese PEPs in American courts, to discuss why, at this particular stage, the United States chose to target Malta, whose corrupt government officials are hardly players in transnational crime.  After all, former Prime Minister Joseph Muscat counted upon Malta's minor position in the EU, and physical and geographical isolation from Continental Europe, to allow him to work with local organized crime operators with impunity.

But Muscat and his Labour associates, in their greed and conceit, and believing that they would continue to be ignored by the United States, committed two fatal errors:

(1) First, they allowed money launderers to move illicit Venezuelan millions, acquired at the expense of the people of Venezuela, into and through Malta. A number of Maltese entities were directly involved.

Any compliance officer knows that the proceeds of obscenely profitable Venezuelan currency exchange transactions of the Bolivarian elite, and laundered Iran sanctions evasion proceeds are two categories that are subject to immediate and extensive American law enforcement investigations. These two subjects are  a central part of American Foreign Policy, and any violations, no matter how small or obscure, must be explored, lest Venezuela and Iran government policy makers tumble to the whistle blower's identity.

The United States has a zero-tolerance policy on both  sanctioned Iranian and Venezuelan transactions; When Muscat's government blessed money laundering operations involving both countries' criminal elements, it came to the attention of global US law enforcement investigations, and the upcoming criminal charges against Maltese racketeers are the result. We live in a global economy, and no transaction, no matter how obscure, or how well it is hidden, operates outside it. That's why the American tiger is knocking on Malta's door, and it will get in, and take casaulties.