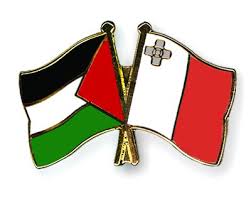 Local media in Malta have reported that a Palestinian was arrested yesterday, and accused of selling counterfeit Maltese passports ans residency permits. His identity was not disclosed; an unspecified amount of currency was seized by the Malta Police.

The case raises the question: was this individual selling bogus passports to raise funds for a sanctioned terrorist Palestinian organization, meaning Hamas or the Palestinian Islamic Jihad, as as such were did his sales constitute Providing Material Support to a designated terrorist entity ? Given the extensive Palestinian expat colony resident in Malta, and the Maltese government's pro-Palestinian foreign policy, that question must be asked.