€500 NOTES OFFERED TO JOURNALISTS ARE THE CURRENCY OF ORGANIZED CRIME 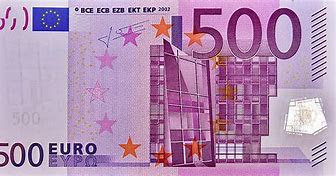 Unless you have lived in the world of money laundering, the proffer of five hundred Euro notes, by Gianluca Caruana Curran, to a Times of Malta journalist, offers little, but it is the currency du jour in the world of crime, especially bulk cash smuggling. In truth and in fact, the reason it is no longer being printed by the European Central Bank is because of its abuse by organized crime. This should put to rest the lengths to which criminal defendants, and their attorneys will go, to frustrate justice.

Twenty years ago, if you were paying attention when the Eurozone was about to become a reality, I was one of the very few who objected to the €500 note, on the grounds that it made cash transfer for criminals more efficient. Nobody paid attention, yet two decades later, Europe abandoned the five hundred.

Curran's offer of those large notes betrays their illicit outcome. If legal regulators do not suspend his law license, then we know Malta is hopelessly corrupt, even regarding its professions. Did the money come from Fenech ?  Aren't you angry about this ?