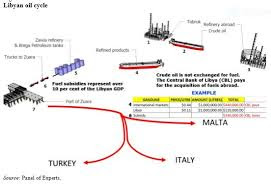 Remember our recent article, Judge in Malta ignores OFAC Sanctions, releases funds to Arrested Oil Smuggler ? The court in Malta returned €296,000 to a suspected Libyan gas/oil smuggler, notwithstanding existing OFAC sanctions. The return of the proceeds of crime appeared to be a slap in the face of United States Libyan anti-smuggling efforts.

Now, almost two months later, Daren Debono, and ten others, have been arrested in a major money laundering case, involving an attorney and an accounting firm.we are wondering whether the case is a belated effort to repair the damage with the US, impress MONEYVAL, or both. First, we need to see if any of those arrested ever go to trial, or if the case was just a show for regulators. Second, let's see which attorneys are representing the accused. If they are pat of the existing power structure, there will be no justice, just a dismissal, years down the road, for some procedural flaw found by a magistrate judge.

Finally, those individuals in law enforcement who were responsible for the evidence used to get the arrest warrants, will leave the Malta Police Force, to take a high-paying job for organized crime. I rest my case.