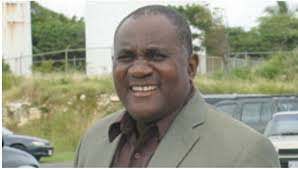 The Leroy King case, pending in US District Court in Texas has disturbed many of Antigua's politicians in recent weeks. Anxious media sources in Antigua were able to learn from the US Department of Justice that the sentencing of former financial services head Leroy King has been rescheduled for November 24, 2020. Rumors swirling around Antigua to the effect that King's sentencing was abruptly cancelled on July 30, after he decided to belatedly cooperate with law enforcement, and give evidence of criminal acts committed by senior members of prior and present governments have unsettled the country, resulting in multiple queries made in the United States about who might be named. Details of pending investigations are, or course, restricted, and no names have been leaked to the press.

The matter became even more mysterious after the July sentencing was apparently cancelled and rescheduled without a publicly accessible order being issued. If there is a sealed document or order resettingthe sentencing hearing, the press and the public do not have access to it; repeated searches of the docket for the case has failed to turn up any information. The last filing available was the April rescheduling of the hearing to July. This has reportedly been the source of political tension in Antigua, among a number of senior officials,who fear that they may be on a sealed indictment, which will only be unsealed upon their arrest.

King, who received hundreds of thousands of dollars for blocking American investigations into Stanford International Bank, which was revealed to be a massive billion dollar Ponzi scheme, with worthless certificates of deposit issued by the Antigua bank, is believed to have first-hand knowledge of bribes, kickbacks and other unlawful compensation paid out to prominent Antiguan politicians and government officials. The fact that his previously rescheduled sentencing was moved off several months, rather than thirty days, has raised  expectations that he is cooperating, and seeking a short sentence as a result.
Posted by Kenneth Rijock at Thursday, August 27, 2020