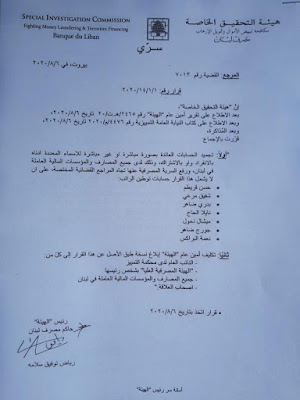 These are the names of the individuals at the Port of Beirut and Lebanese Customs whose accounts have been frozen by the Special Investigation Commission, in the aftermath of the explosion at the port: